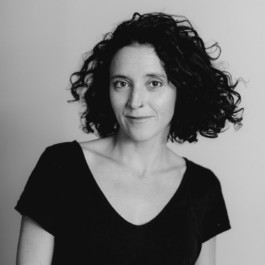 Anna is a Melbourne-based performing artist, dance maker, teacher and emerging producer. Born profoundly Deaf, Anna is bilingual in Auslan and English with a passion for her culture, language and community.

She completed a Bachelor of Creative Arts (Dance) in 2012 and has worked for various companies and choreographers including Ballet Lab and KAGE.

Anna is co-founder and Artistic Director of The Delta Project (productions include Collisions and Under My Skin) a dance collective of Deaf and hearing performers.

Anna has worked as an actress for TV (ABC’s Get Krack!n), film (Jenna Eriksen’s experimental film Volatilis) and theatre (Deafferent Theatre). With Deafferent Theatre, she performed in Black is the Colour (Melbourne Fringe 2016) earning her a Green Room nomination for Best Performer in Independent Theatre.

Anna collaborates widely with artists from different art-forms including her mural painted by Guido van Helten in Prahran exploring people’s relationship to architecture and public spaces.

Anna worked as Assistant Producer for the 2019 Melbourne Fringe Festival and is regularly involved in the Deaf community as artist, teacher and advocate.